The Art of Ayris Hatton 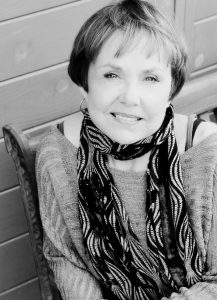 I grew up in a dark corner booth upholstered in red leather. It was the booth closest to the kitchen, water station, and grill. It seated six but we could squeeze in eight and it’s a good thing since there were six kids in my family. My parents owned ‘the restaurant’ as we called it, and in the early years of Hatton’s of Hollywood, one might find the whole family tightly packed into that booth, after the lunch hour and before dinner. But as the years flew and my older sisters became teens, all that changed. My father worked nights and my mother started working during the day. My parents rarely saw each other. I suspect that’s how their marriage lasted over sixty years.                            ~ Excerpt, “Hatton’s of Hollywood”

The above is from a chapter in a memoir I have written, “The Olive Branch and the Fig Tree”.  It’s about my childhood but mostly about my siblings, especially the three oldest.  My father was fascinated with the entertainment industry so he created a trio from my three older sisters Janette, Dolores, and Barbara. He called them the Hatton Sisters, of course. He listed all of his six children with Central Casting. We were extras in many a movie, some classics.

I was born in Ohio but we moved to Southern California when I was six months old. I grew up in Westwood, in an art deco house on Glenroy Avenue as well as in the corner booth of Hatton’s. My parents worked day and night and eventually had all their six children work at Hatton’s as well. “Garlic, olive oil, lemon, and Hatton’s of Hollywood were the mother of us all.”

Fortunately, my parents also saw to it we attended good schools. We went to University High then most of my siblings went to UCLA. It was around the corner. I, however, left for UC Berkeley where I unknowingly grew roots in the cool Northern California soil. I returned to LA for a while after college and worked in a computer company even though I majored in History and minored in Art. Then I got married to a man I met at CAL and moved to Sacramento where I had my daughter, Filaree. Years later, I moved to the Bay Area to work in a psychiatric hospital. I got married a second time and had my son, Jesse. Both kids grew up in Marin County where I still reside.

I have drawn and painted for as long as I can remember. I vividly recall sitting alone as a young teen, in our downstairs bedroom, gripping a chewed pencil as I drew a self-portrait and tried to capture my hair falling down toward the little hand mirror on my lap. I even won a fire prevention medal in Jr. High for painting a poster of a devastated forest with the caption, “Did you do this?”  I’ve thought of that poster more times than I like given the frightening fires we’ve experienced recently in California. I have written about the last evacuation warning we received in “The Winds”, my late summer 2020 blog post.

I write poems and keep a journal. My parents often asked me to read poetry on holidays. I think I felt compelled to write and make art as a form of expression. But looking back, it also seems an unconscious attempt to find peace. I have now assembled some of my poetry into a book called “Dreaming Wide Awake.” When I realized my Master’s in Fine Arts might not get me a day job, I went back to school and took a second Master’s in Art Therapy. I was able to use art as a way to work with the young, the elderly, and everything in between. But now I know the things I like best are the quiet of nature, diamond glints on sunlit water, fresh air after rain, drawing or painting the model, and the solitude of my studio.

If you enjoy what you see or read on my website, please don’t hesitate to get in touch. I do enjoy connecting with people too. Prices for giclees and greeting cards are listed. Prices and information about original art upon request.